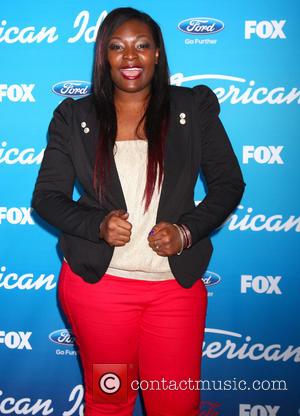 Candice Glover and Kree Harrison squared off in an all-female American Idol final on Wednesday (May 15, 2013) with Ryan Seacrest proclaiming the night to be country versus soul. On one side, there's the gleaming country balladry of Harrison, against the wide-ranging soul of Glover.

Both competitors brought their A-game, though Glover appeared to edge it. In the first sing-off, she sang Adele's 'Chasing Pavements,' while Harrison opted for the all-too obvious Angel. In the next round, Harrison opted for 'All Cried Out' while Glover went for 'I Am Beautiful' which Billboard said was, "perfectly expressed the kind of music Glover could be doing in a few months, highlighting her strong R&B tendencies with an empowering chorus that dispels all detractors." In the third and final sing-off, both performers were asked to choose their favourite song of the season, with Kree choosing 'Up To The Mountain' - which she first sang in the Hollywood round - and Candice choosing the Tom Jones track 'I (Who Have Nothing).

"The dramatic intensity was in full force, a lone timpani accompanying Glover as she actually topped her earlier version of the song (which was a tall, tall order), with some of the runs and held notes absolutely blowing the doors off the Nokia Theater. Absolutely killer," said Billboard.

So there it is. Both gave it their all, though it's looking like Candice Glover will take the title in tonight's finale. What do you think? Could Kree Harrison Upset The Odds In The American Idol Final?