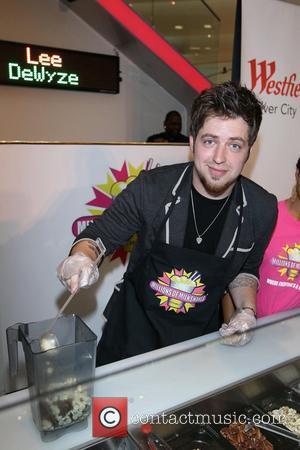 Picture: American Idol Season 9 Winner, Lee DeWyze, celebrates his 25th birthday by creating his own signature milkshake for charity at Millions Of Milkshakes inside Westfield...

American Idol producer Nigel Lythgoe has rebuffed rumors that the show rigs results in order to Spark controversy and thereby boost the ratings. The rumors were rekindled last week after the elimination of Pia Toscano, who had been regarded by Las Vegas oddsmakers as the favorite in this season's competition. Lythgoe said last week that he had been watching the weekly voting results and knew all along that Toscano was no frontrunner. And today's (Thursday) New York Post quotes him as saying, "There are always conspiracy theories, but you know we are so careful." All the voting, he said, is tabulated by AT&T. "We get the results. It's done so openly." If that is the case, then why doesn't the show disclose the actual numbers? "Let's take [Season 4,] the Carrie Underwood season," Lythgoe told the newspaper. "Carrie Underwood won every single week. ... You show the vote, and the show is over. There's no jeopardy if you're watching somebody win every single week."