By Holly Williams in Lifestyle / Showbiz on 17 January 2017

But has he really been caught cheating?

Amir Khan hits headlines today (January 17th 2017) with reports that a pornographic tape has been leaked online featuring him just weeks after his wedding in 2013. The rumours come in the wake of more personal turmoil for the star, who was forced in the middle of a row between his parents and his wife recently. Amir Khan and Faryal Makhdoom in turmoil over recent rumours

Amir Khan and Faryal Makhdoom at the 2016 The Pride of Britain Awards held at the Grosvenor Hotel, London, United Kingdom - Monday 31st October 2016 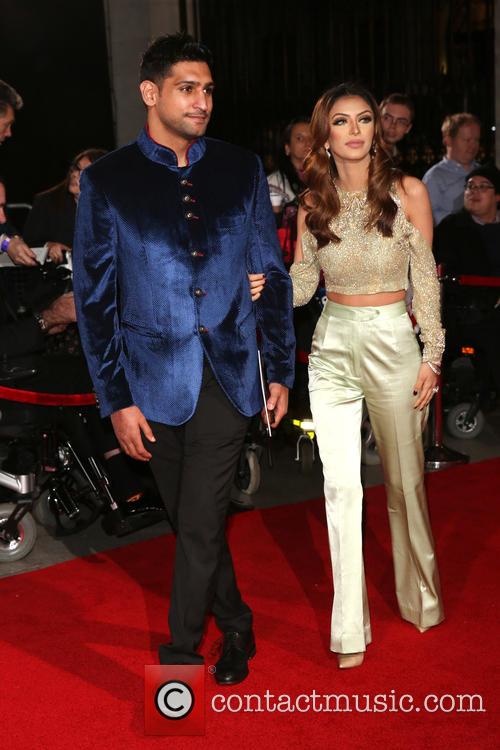 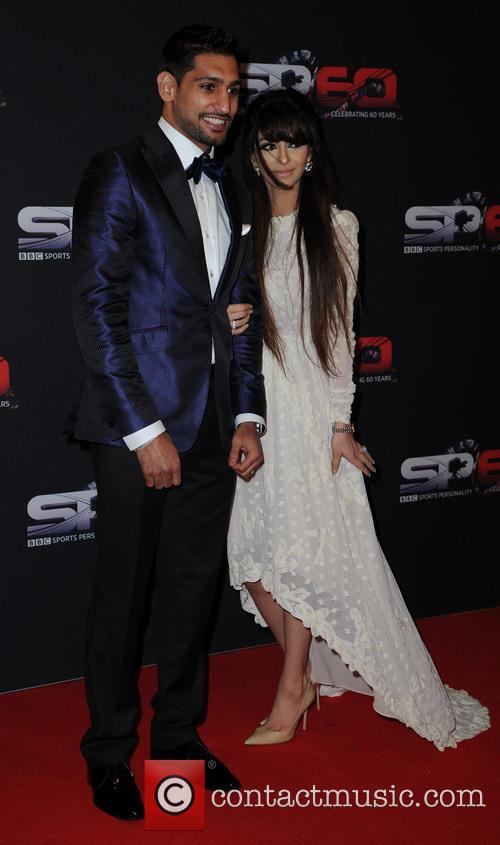 A masked man who claims to have assaulted Amir Khan and stolen his wallet and car keys has taunted the former boxing champion in a YouTube video. Khan and his brother Haroon, 20, were allegedly victims of an attempted car-jacking in Birmingham this week.

The Khan brothers reportedly took on six men, with Amir knocking one of them to the ground, according to an eyewitness who spoke with The Telegraph. In a London news conference, the boxer showed his undamaged fists to journalists, "They are fine," he smiled. Amir's father Shah was less impressed by the incident, "I've told them it takes a bigger man to walk away. Let them have the car." Now, the boxer's alleged attacker has claimed the brothers did not 'win' the fight, despite the fact that he and his gang failed to get away with the car (a classic indicator of when you've probably failed in a carjacking) In the YouTube clip, the man calls Khan a "bitch," adding, "You know the truth, we know the truth. You got knocked the f*** out." The man then shows a Louis Vuitton wallet containing Porsche keys.

After being knocked out by Danny Garcia earlier this year, Bolton-born Khan will return to the ring to fight the unbeaten Carlos Molina in Los Angeles on December 15, 2012.

By Jack de Aguilar in Lifestyle / Showbiz on 12 October 2012

British boxer, Amir Khan, has been threatened on the video sharing site YouTube, by an individual who is alleged to have stolen his Porsche, The Daily Mail reports.

The balaclava-clad man belts into the camera: “I'll rip your f****** head off. You know the truth, we know the truth. You got knocked the f*** out. Next time you can bring an army. Who gives a f*** if you're Amir Khan. You're not a hero here, you're a zero.”The Amir Khan Twitter page received an update in light of this, which read “silly rumours pple make up,” and a spokesman said: “We originally said we are not investigating the alleged incident, but have now revised our position.” Sounds like a good idea. The supposed attempted car theft involved 6 ‘gang members’ who were unsuccessful in stealing Khan’s Range Rover, but the man on the video has his own take on the events. “Ask him to explain this: Why have I got his f***ing Porsche keys, you waste, why have I got this Louis Vitton f***ing wallet - it's yours, you waste, and it's got your €500 in it,” he shouts, aggressively, before referencing some footage of Khan boxing in the ring. “Look at those legs wobble. Does this man look like he can knock out six men? He looks like a samba dance. Your chin looks big on TV. You're not welcome in Birmingham, every time you come we're going to smash you up.”

In an official statement last night, a West Midlands Police spokesman said: “Police are investigating reports of an alleged criminal incident on Adelaide Street, Birmingham at around 1.23am on Monday, October 8.”

'Transformers' actress Rachael Taylor and British boxer Amir Khan (with his fiancee Faryal Makhdoom) were among the arrivals on the red carpet at the 2012 Style Awards at The Stage at Lincoln Center during the Mercedes-Benz Fashion Week.

TV personality and reality star Nicole Richie also appeared on the red carpet but caused increasing amounts of frustration among photographers when she repeatedly failed to pose for a solo 'fashion shot' until she was told to by an official, persistently insisting on linking arms with the gentleman acting as her escort 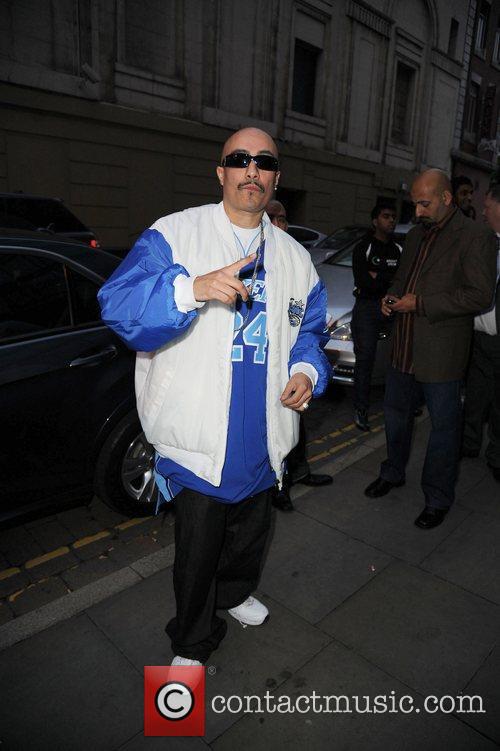 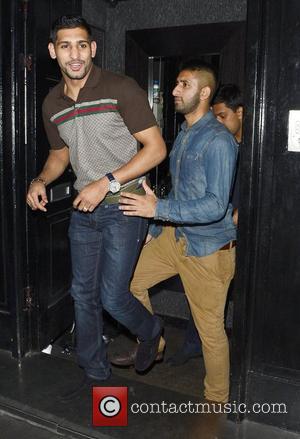 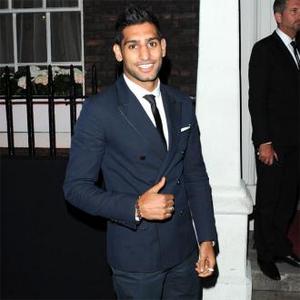