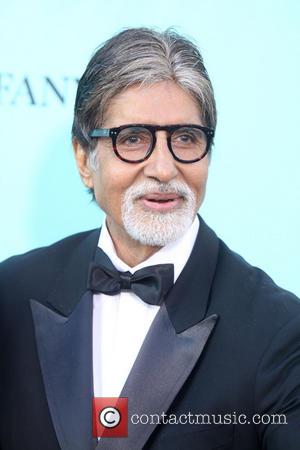 Bollywood superstar Amitabh Bachchan was left stunned when Robert De Niro made a surprise appearance at a lecture he hosted in India last week (08Nov13).

The two actors were among the speakers during the annual Think festival in Goa, where leading members in several disciplines are invited to give talks about their respective industries, but Bachchan didn't expect to spot the Oscar winner in the crowd at his lecture, listening to his every word.

Taking to Twitter.com after the event, Bachchan wrote, "Just finished my conversation at Think..exciting and exhilarating .. and in the audience Mr Robert Di Nero (sic)!! (Stumped for words !)".