Bollywood Stars Amitabh Bachchan, Madhuri Dixit And Preity Zinta Are Facing A Police Probe After A Man Alleged He Suffered Food Poisoning From A Noodle Product Advertised By The Actors. 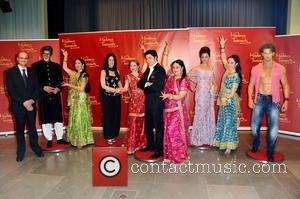 The unnamed man claims he fell sick after eating Maggi noodles purchased from a store in Muzaffarpur, India and he has filed an official complaint against bosses of Nestle India, which owns the brand.

He has also named Bachchan, Dixit and Zinta in his complaint as they have featured in advertisements for Maggi.

A court in Bihar ruled on Tuesday (02Jun15) that authorities must file a First Information Report over the allegations, which could lead to a police probe.

The case has been referred for possible offences including a malignant act likely to spread infection of disease dangerous to life, sale of noxious food or drink, sale of drug as a different drug or preparation, and cheating and dishonesty, according to the Hindustan Times.