An interview with Amp Fiddler

Joesph ‘Amp’ Fiddler is a legend amongst lovers of funk music whose first solo album ‘Waltz of A Ghetto Fly’ released in 2004 still stands out as a classic album. Amp Fiddler has been through a lot, both personally and professionally yet he has grown through his experiences to go on and create great music. Last year’s album ‘Motor City Booty’ received critical acclaim, with great remixes too to add to the dancefloor vibes. Amp is back, about to do a tour this year, playing some great gigs such as Southport Weekender festival in June and European tour.

What do you think about funk music right now? Is it progressing into new forms?
I think funk is making its way back gradually and there are a few artists that are sticking their neck out to do something different. I think that it’s going to take more kids to come through with new forms, but I think that it’s getting better again. I never expected it to saturate the market, but as long as we see kids that are singers and rappers who are continuously creating funk music again it will always be here and create an audience.

You’ve worked with some great artists, is there anyone that you would love to work with right now?
I’d love to work with Kendrick Lemar and Bruno Mars would be cool too. I did a session with Hiroshi Tomoto who’s from Japan; it’s interesting that funk is big in some places in Japan. I’m always keeping my eyes open for someone that may not even be involved with funk that might want to get involved. For years I’ve been writing funk with Raphael Saadiq and now I’ve met Stuart Zender (the bass player for Jamiroquai) who I’ve played with and who I’m looking forward to working with. I like a lot of English artists and a bunch of artists that are heavy into funk. I’ve never met Roni Size but I’d love to work with him.

How was it working with George Clinton?
That was incredible from the beginning, all the way to now and I still sit in with him occasionally. I’m so thankful that when I met him he also had a band full of really great musicians like Garry Shider, Eddie Hazel, Michael Hampton, Bernie Worrell, Chambers, Cordell Mosson and Ron Ford; it was an amazing time. I met Junie Morrison before he passed away and Garry Shider was a good friend of mine. I feel blessed to have met some really amazing people like Tony Allen and worked with Leon Wares, which is amazing to me.

You have been famed for influencing J Dilla, who is a huge influence to many right now. Do you feel the MPC (Music Production Controller) is still relevant now?
It’s good that you ask that question as recently Andy Mac, who works for Akai, just brought me the new MPC and I’ll be previewing my live set with that this month, so it’s more relevant now than it ever was and I think the kids want to use it. The new unit is stand alone, it has a battery for eight hours, it’s touch screen and it’s amazing! It’s portable and you can do everything on it. We will be recording the show and you’ll be able to see it on Youtube.

You’ve created a sample pack for MASCHINE ‘Amplified funk’, how’s that been selling and are there more things to come out in that regard?
It’s been amazing, I don’t know when I’ll do that again, I want to do a Dilla pack for the new MPC and that’s what I’d do next working for Akai, because the MASCHINE has every sample pack under the sun now. When I first met them they only had about five or six and were mostly only EDM. I was one of the first ones to bring hip hop to the MASCHINE and it was cool because we had Dilla sounds, we’d put two and two together and we’d have Conant Gardens and you’d know it must be Dilla!

I never realised that J Dilla was producing on Waltz Of A Ghetto Fly, how was that?
He never actually produced the tracks, he just gave me the files. The story is, Dilla lost his zip discs, as someone stole them from his house and my friend KD called me and said ‘I got the zips from someone who sold them to me at the barber shop, I’ll bring them over to you so you can make the beats.’ He brought me the zips so I could make the beats and the zips had Dilla’s sounds. I called Dilla and told him about the zips, and Dilla said ‘you can have them because I want to do something for you because I never really helped you out or gave back to you for helping me out.’ I was like “what am I going to do with these zips?” So in the interim I started using them and also Ghetto Fly was the track I used from the zips, and it wasn’t like the record version, which is why we co-produced it together. Waltz Of A Ghetto Fly still sounds fresh, I’m really proud of it and it’s great that J Dilla has two or three tracks on that record.

What do you think about the state of the music industry right now? Do you think it’s a good time for the industry?
I think it’s a great time for the industry. I think change is inevitable and evolution is taking place, we’re moving into the future and a shift that we need in order to grow to understand how we can make music differently. We can’t continuously stay in the same stagnate place of creativity when it comes to music, even though there are some things that will always remain standard, like an acoustic piano or bass guitar. On the other hand we have so many devices that are being designed to create possibilities for us to grow into new areas to make the music fresh. For me I like to add old and new to a pot to create something really special.

Do you think reaching out through the internet is empowerment, as a lot of people worry about money in the industry
I think if people stop worrying about money and focus on the music the money will come. Money has nothing to do with creativity and people have to remember that. If we focus on creating and make good music, the money will come. If you’ve got a great record you’re going to make great money - as long as you’re performing that is. I think 75% of your revenue will come from performing and getting it out there to people, because people don’t have the patience for listening like they used to. Before you’d listen to the whole record but now they just want to skip through and listen to the singles. It’s hard to keep the attention when people are stuck on their devices, phones or pads. The technology somewhat gets in the way of things when you let them.

What do you think will make an artist stand out?
First thing is talent! The special gift that God has given them, some people have something that’s really special and then marketing, promotion, good artwork have to come along with it. You need a good team of people too to help you to become successful. I think it’s fortunate that we have access to the internet to help us with this. If people see you, it makes it easier as they’re marketing you and if you perform also, they will tell others, ‘record it’, ‘post it’ and it’s like a snowball. It takes time to build an audience and fans and people have to become patient. It’s not like it used to be where you’d have a label that would release you, promote you all over the world, put money behind you and all of a sudden you’re a star. For the average person who wants to release music, it’s not going to happen that way. You have to be patient and really work hard at that, perform and have the other elements aligned.

You’ve got some tour dates coming up, how you are feeling about that?
I feel amazing about that. I decided to try something different. I’ve been performing as a solo artist, with some instruments and a microphone and that is really good for me to grow into a different area of performance, so it’s fun. There’s space to freestyle, nothing is etched in stone to be a certain way, everything is by choice which is nice to be free the whole way. I have certain tracks to play but there’s no leads into them so I can sing and intertwine something into that, or loop that point and solo into it. It keeps it fresh and alive. I love interacting with the crowd, seeing their faces, especially as my fans are expecting to see me with a band, so to see me solo, it’s different and I like it.

What did you think about Jazzy Jeff’s recent release with ‘Chasing Goosebumps’
I thought it was badass, amazing! The musicians were off the hook and I had to check that. It was a great idea what Jazzy Jeff did. To see the live show was a whole different way of showcasing the process.

Have you got any new releases coming up?
I’ve got two, My Amp Dog Nights album on Mahogani Musicwill probably out sometime in May. I also have an album out this year with a group called Will Sessions; there’s a single out now, with two songs ‘Lost Without You’ and ‘Seven Mile’ already available. 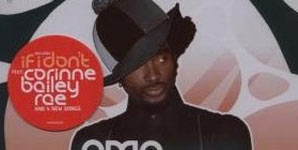 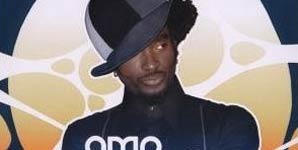