Amy Adams is set to star in the forthcoming 'Muppets' film as Jason Segal's girlfriend. 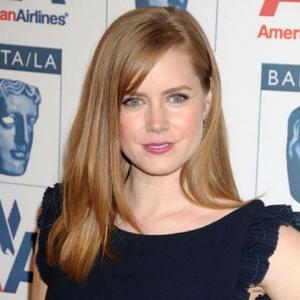 Amy Adams is in negotiations to star in the upcoming 'Muppets' movie.

The flame-haired beauty - best known for her role as the impossibly nice princess in 'Enchanted' - is in talks to play Jason Segal's girlfriend in the as-yet-untitled project.

The film tells the tale of the furry puppets, including Miss Piggy and Kermit, working on a movie to save a studio.

Chris Cooper is also heading for a role playing a "greedy villain" who wants to purchase the film studio only to tear it down and get to the oil lying underneath it, according to The Hollywood Reporter.

The James Bobin-directed movie, written by him and Nicholas Stoller, is set to begin shooting in Los Angeles in November.

Oscar-nominated Amy is currently filming travel drama 'On the Road' and following her work on the 'Muppet' movie will begin working on Janis Joplin biopic 'Get It While You Can', due for release in 2012.