Amy Adams says playing Superman's love interest Lois Lane in 'Man of Steel' is her dream role, and she's glad to have finally won it. 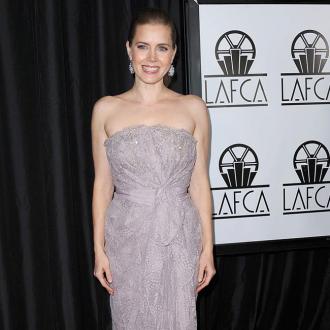 The 38-year-old actress jumped at the chance to play Superman's love interest in Zack Snyder's 'Man Of Steel' after having previously read for the character in McG's axed 'Superman: Flyby', and Bryan Singer's 'Superman Returns'.

She said: ''I have always identified with Lois. She is suited to my personality. When she came up for the third time, I was like, 'Okay, this is ridiculous. I have to play Lois'.

''I know other people have played the role, and others will play the role after me, but this was me putting my stamp on it.''

Despite the number of comic book characters on the big screen and the number of times the Superman character has been revived, Amy believes the new adventure is one the most realistic to date, particularly in terms of her character's development.

Amy explained to Empire magazine: ''Ours is the origin story. Following the ideas of the independent, feisty woman, all those things, but set in a more identifiable world. She had become more of a free-ranging journalist.

''Someone who likes to be hands-on. The nature of the newspaper business has changed so much. There is so much more pressure.''