Amy Adams admits she is keen to work on more musical films following her appearance in the new 'Muppets' movie. 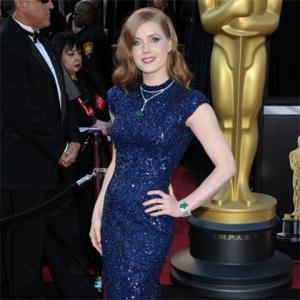 The 37-year-old actress - who appears in the new 'Muppets' movie as Mary and has previously starred in modern-day fairytale 'Enchanted' - explained singing was her "first love", and she often thinks she was born in the "wrong era" because of her enjoyment of musicals.

She said: "Singing was my first love and I'd love to return to it. I'd love to do more movie musicals. I sometimes think I was born in the wrong era."

Amy admitted while she was "very impressed" when her 'Muppets' co-star Jason Segal sang in the movie, she was less than pleased with his dancing skills.

She explained to Total Film magazine: "When he played me 'Man Or Muppet', I was so impressed. Then I danced with him and was less impressed.

"He learned the dance we do together the day we shot it so I was impressed he didn't drop me."