Vanity Fair Oscars Party 2012: Who Mixed With Who? 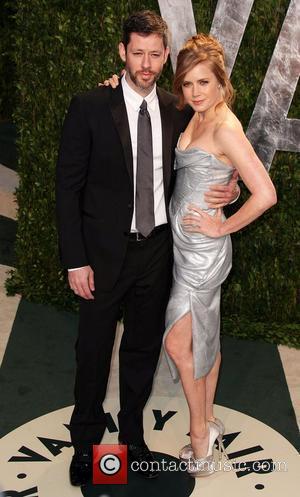 As the Oscars ceremony wound-down at the Kodak Theatre on Sunday (26 February 2012), staff at the Sunset Tower Hotel were frantically preparing their ballroom for the prestigious Vanity Fair after-party, which had already welcomed 130 people for dinner, including Amy Adams and George Lucas, reports the Los Angeles Times.

After 'The Artist' claimed Best Picture at the Academy Awards, Oscar-goers began making their way across to the Sunset Tower for the annual bash, with Gwyneth Paltrow and Chris Martin among the first to arrive. Paltrow later bumped into Steve Martin and Martin Short and asked for a photograph on her smartphone. Elsewhere, New Yorker Kristen Wiig arrived and began mixing with her Bridesmaids co-stars Maya Rudolph and Melissa McCarthy, while Kate Hudson stepped out with her fiance Matt Bellamy and began "excitedly" sharing photographs of her new baby with Owen Wilson. Journalist and presenter Piers Morgan chewed the fat with Meredith Vieira, Harold & Kumar actor Neil Patrick Harris talked television with Busy Philipps while his partner David Burtka entertained Oscar-nominee Michelle Williams.

Among the jokers at this year's Vanity Fair party were funnymen Seth Rogen and Jonah Hill, who indulged in drinks with Jason Segel and Emma Stone. The actress had previously lit up the red-carpet with her Giambattista Valli cerise gown.