Comedienne Amy Poehler And Funnyman Jack Black Teamed Up To Serenade A Heartbroken Fan With A Bette Midler Classic During A Comedy And Music Festival In Los Angeles On Saturday Night (10oct15). 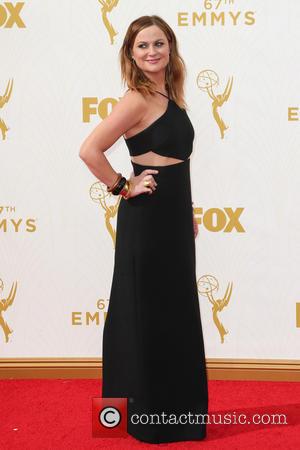 Black and his Tenacious D partner Kyle Gass hosted their third annual Festival Supreme event, and the star-studded line-up included the former Parks and Recreation star, who took to the stage at the Shrine Auditorium venue for a comedy set.

However, she surprised attendees later in the night with a second appearance, during which she invited a young woman on stage to discuss her love troubles.

Before dismissing the fan back to the crowd, the actress said, "Go back over there and stand next to the man you're emasculating tonight."

The Golden Globe winner then belted out a cover of Midler's iconic song The Rose, with Black taking the harmonies as her back-up singer.

At the end of the tune, Poehler changed the final line of the track to dedicate it to the woman, singing, "Hopefully, you'll get over Jesse."