Fake And Real Embarrassment For Julia Louis-dreyfus At The Emmys 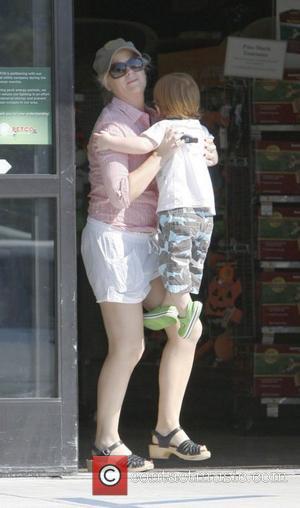 Amy Poehler and Julia Louis-Dreyfus pulled a hilarious acceptance speech switch at the Emmy Awards on Sunday night (23Sep12) when the latter stepped up to pick up a prize for hit new TV show Veep.

The two ladies greeted each other and hugged as Louis-Dreyfus headed to the stage at the Nokia Theatre in Los Angeles to collect the Outstanding Lead Actress in a Comedy Series award, only to realise she was reading her friend's acceptance speech, thanking the cast and crew of Poehler's show Parks and Recreation.

Louis-Dreyfus ended by reading a scribbled note at the bottom: "Isn't it a shame that Amy Poehler didn't win?" as her pretend rival glared at her from the front row, holding a pencil in her hand.

However, there was real embarrassment seconds later when the award winner's gown got stuck as she exited the stage and presenter Stephen Colpert had to kneel down and free the train of her dress.