Don't Worry, 'Parks and Recreation' Is 'Guaranteed' To Return For Season 6

Parks and Recreation wrapped up its fifth season this way, though there's as yet no word on a sixth installment. 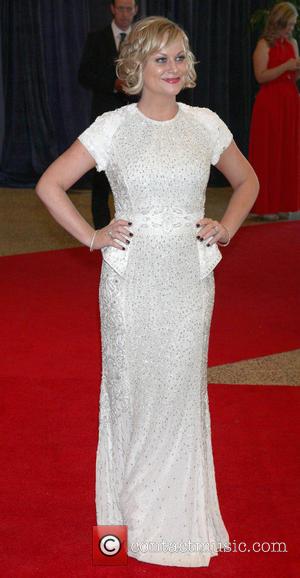 Parks and Recreation wrapped up its fifth season on Thursday evening (May 2, 2013) with many speculating that the episode was a series finale given Fox and CBS have already renewed their veteran shows for the 2013-2014 season. It's true that NBC appears to be dragging its feet over 'Parks' and the network brought back dramas such as Parenthood, Grimm and Revolution last month, but don't despair, Parks and Recreation will be back for a sixth season.

The New York Magazine's Vulture blog has outlined the whole thing pretty nicely, claiming sources inside and outside of the network say the show is guaranteed to return for another patch of episodes. In line with NBC's other comedy standards, Parks and Recreations is actually doing pretty well. In fact, only The Office is pulling in better numbers (and that closes up shop this month). Parks has a better rating among adults under 50 than Matthew Perry's Go On (which could get the chop this month) and that has the benefit of following the top rated The Voice.

Vulture also spoke to several agents and network insiders this week, who all said Parks is "very likely to be back." Deadline.com - who are almost always spot on with renewals - are talking of season six as if it's a done deal. The website said a new batch of episodes was "assured."

With The Office on the way out and Go On likely to get the axe, NBC needs Parks and Recreation to bolster its schedule. Ok, it has The Voice, but it really needs comedies. It's going to launch a bunch of new shows in the fall, though should all those fail, it would have the trusty Parks to fall back on.

So don't worry Parks fans, it'll be back before you can say 'renewal.' Amy Poehler At The Golden Globes In 2013