Amy Robach revealed she has breast cancer on live television and will undergo a double mastectomy. 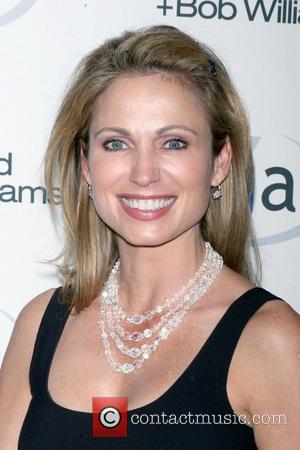 The 40 year-old revealed live on air that she has been diagnosed with breast cancer. Robach had been avoiding a mammogram screening for quite some time, but as Breast Cancer Awareness month was this past October, the news reporter underwent the treatment live on television.

Unbeknown to her and the viewing public, it would be the best decision she could have made.

Robach had admitted she put the test off for a year, explaining that "between flying all over the world for work, and running around with my kids to school and ballet and gymnastics like so many women, I just kept putting it off."

Her colleague, Robin Roberts, is the person she credits for persuading her to get tested, as she said, "If I got the mammogram on air and it saved one life, then it's all worth it, she had said", referring to Roberts. "It never occurred to me that life would be mine."

Robach then proceeded to make the brave statement that she has "decided to be very aggressive."

"On Thursday, Nov. 14, I will go into surgery where my doctors will perform a bilateral mastectomy followed by reconstructive surgery, only then will I know more about what that fight will fully entail, but I am mentally and physically as prepared as anyone can be in this situation."

She added, "There's a lot you don't know until you have the surgery,"

Good Luck to Amy Robach and we here at contactmusic.com wish her the best of luck in treating this disease.