The 'I Feel Pretty' star insisted people are right to call out the 'Stronger' rapper for his recent remarks - including a tweet earlier this month in which he said he was "going death con 3 on Jewish people" - because it should be "completely unacceptable" to spread hate.

She told E! News: "I think we have to make it completely unacceptable to spread hate online.

"I think we have to call it like it is. Kanye is anti-Semitic. These comments are hateful."

The 41-year-old star praised Twitter and Instagram for blocking Kanye's access to the platforms in the wake of his comments, as she thinks they should be used to spread positive messages, not hurtful comments.

She added: "It's important because it'll just spread like it did before.

"I think anti-Semitism and hating Jews is, like, something that's really weirdly acceptable in our country. So, I want to use my voice to say stop it and also to talk about the Iranian women and what's going on there and just lift their voices up because we're all one."

As well as his controversial social media posts, Kanye recently appeared on the ‘Drink Champs’ podcast and targeted “Jewish media” and “Jewish Zionists”, claiming Jewish people have “owned” the “Black voice” and that “the Jewish community, especially in the music industry” will “take us and milk us till we die”.

Kanye initially doubled down on his comments when he appeared on 'Piers Morgan Uncensored' this week, declaring: “No, absolutely not” – and when Piers asked if he knew the comments were racist, Kanye: “Yes, that’s why I said it... I fought fire with fire. I’m not here to get hosed down.”

But later in the show the 45-year-old rapper offered an apology, admitting:“I will say, I’m sorry for the people that I hurt with the DEFCON... the confusion that I caused. I feel like I caused hurt and confusion and I’m sorry for the families that had nothing to do with the trauma that I had been through. 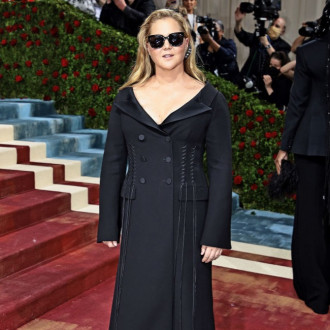