Amy Schumer Hosts 'SNL' For The First Time, Takes On The Kardashians And Gun Enthusiasts

The ‘Trainwreck’ star hosted the show for the first time on Saturday, with The Weeknd appearing as musical guests.

Amy Schumer made her ‘Saturday Night Live’ hosting debut last night (October 10th), and as you can probably imagine no one was safe. But topping the comedian’s target list were Kim Kardashian and her family, actor Bradley Cooper and America’s gun enthusiasts. 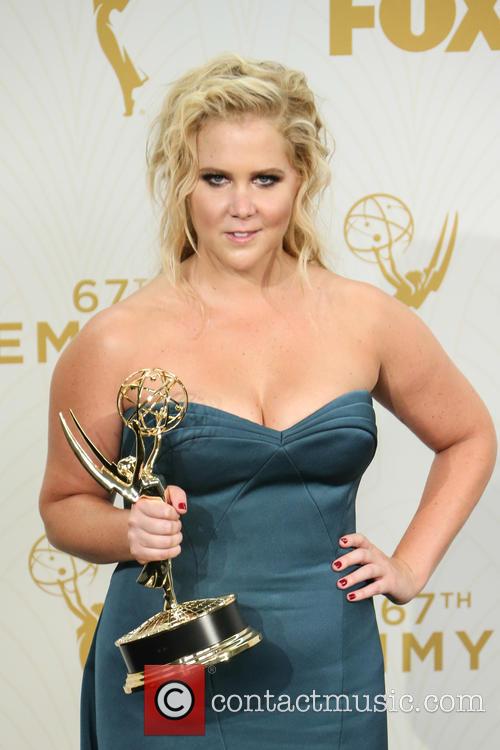 Amy Schumer has hosted ‘SNL’ for the first time.

Schumer began by taking on the Kardashians, accusing them of not being good role models for women. 'Do we really want them to think the faces they were born with are just a light suggestion?’ she joked.

Referring to Khloe’s recent weight loss Schumer then quipped, 'Khloe lost a Ken doll,' she remarked. Amy also spoke about Democratic candidate Hillary Clinton, whom she once asked, 'do you drink?’.

The host then recalled a time that Bradley Cooper invited her to sit down and 'hang out’, saying that after their exchange she had to ask herself ‘Wait am I dating Bradley Cooper?’

The show also featured a sketch which tackled the sensitive topic of gun control. In the parody commercial different people were shown in a variety of situations all while holding a gun.

One woman was shown getting the gift of a gun on a romantic date while another brought hers to the hospital when she was going to have a baby, 'Guns are there in little moments and big ones,' the spoof commercial said.

Another controversial moment came when a sketch saw Schumer, playing the part of a teacher named Ms. Dayworth trying to seduce her high school student Ricky. 'Let's get you ready for the oral exam,' Schumer as Dayworth said.

However the pair kept being interrupted by a female student, who bursted into ask, 'Is the oral exam for everyone? Schumer’s ‘SNL’ hosting gig comes off the back of her current hot streak, which has seen the success of her movie Trainwreck and her sketch show ‘Inside Amy Schumer pick up a Primetime Emmy award