Amy Schumer once gave her number to a swinger., and drank alcohol with her sister and the ''biggest drug lord'' during a vacation. 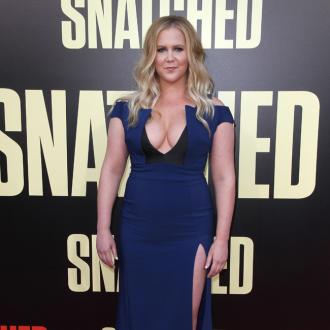 Amy Schumer once gave her number to a swinger.

The 35-year-old actress has admitted an older woman, who admitted she engaged in group sex, complemented her and told her she was ''cute'', to which Amy responded by passing over her number.

However the stand up comedian has claimed she misunderstood the entire situation and thought the randy female was actually a jive dancer.

Speaking to the Metro newspaper about the unforgettable moment, the blonde-haired beauty said: ''Around 20 years ago, a woman came to me in a New York record store and was like, 'You're really cute.' She told me she and her boyfriend swing. It thought she meant swing dancing ... I even gave her my number.''

And the 'Trainwreck' star has revealed she has had experiences similar to scenes in her latest movie 'Snatched', which sees her and her on-screen mother Goldie Hawn kidnapped during their trip to Ecuador, as her and her sister, Kim, once got drunk with ''the biggest drug lord'' on holiday in the Bahamas.

The funny woman explained: ''My sister and I have vacationed a lot together. In the Bahamas, we spent a night drinking with a guy we later learned was the biggest drug lord.