Amy Willerton has undergone a fat-freezing treatment after being targeted by trolls on Twitter who called her a ''whale''. 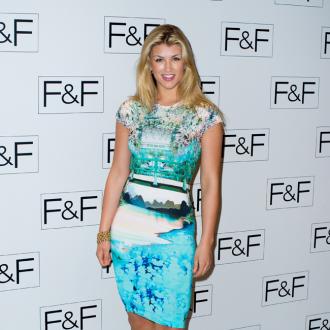 The 22-year-old model has confessed she turned to the non-invasive procedure 'Lipoglaze' to slim down after putting on weight while she trained for this year's London marathon.

The blonde beauty - who also starred in a photoshoot recreating Botticelli's 'The Birth of Venus' at the Chelsea Flower Show this year - was targetted by Twitter trolls following the release of the pictures, who called her a ''whale'' and ''huge'', reports MailOnline.

She said: '''I did a photo shoot at Chelsea Flower Show and I received some really nasty comments on twitter. I don't think I have ever had such negative criticism before.

''I'd also heard about the Lipoglaze fat-freezing treatment from friends who told me it kills off fat cells. They said it had worked for them and that it was pain-free so I thought why not?

''I work out regularly but I sometimes find it hard to shift the weight off of my thighs so I thought it would be good to have a bit of extra help in spot reduction of fat in that area.''

However, Amy insists she didn't feel forced to undergo the £600 treatment - which crystallises fat cells and allows them to passed out of the body via the renal system - by the bullies and simply used their harsh criticism as motivation to get back into shape.

She explained: ''I didn't let the twitter trolls bother me and in fact I used that criticism as motivation to get in even better shape and now I'm the best shape I've ever been in.

''I would never try to lose weight because people told me I have to. It's all about how you feel in yourself - bullies should not dictate how you live.''