The dress worn by Amy Winehouse on the cover of her 'Back To Black' album sold for £43,200 at auction yesterday (29.11.11) - more than double its estimated selling price. 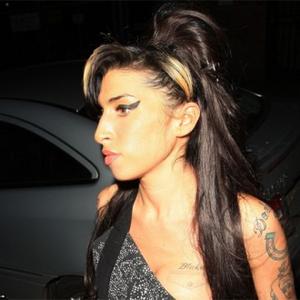 The dress worn by Amy Winehouse on the cover of her 'Back To Black' album sold for £43,200 at auction.

The late singer's chiffon-print frock by Thai designer Disaya went under the hammer as part of the 'Passion For Fashion' auction yesterday (29.11.11) and was bought by a fashion museum based in Santiago, Chile.

The proceeds will go to the Amy Winehouse foundation and the family of the late star.

Her father Mitch - who was in attendance at London's Kerry Taylor Auctions to see the dress sold - said: "We want to give money to projects that make a direct difference. It is a source of great comfort to know that Amy would be proud of this and right behind it.

"Obviously we want to try and raise money for the family and the grandchildren so that they will be able to be helped by Amy too in the years to come so that was very important. We all need to survive."

Meanwhile, the gown Audrey Hepburn dubbed her "lucky dress" failed to sell at the auction.

The ivory-coloured lace garment she wore in 'Roman Holiday' and had adapted to wear when she collected her Best Actress Oscar for the film had been estimated to sell for £40,000 to £60,000 but did not attract any bids at the sale.