Amy Winehouse Mourners Sing 'So Far Away' At Funeral

Mourners at Amy Winehouse's funeral sang Carole King's 'So Far Away' at her funeral at Edgwarebury Cemetery in north London today (26.07.11). 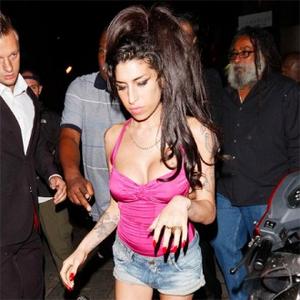 More than 100 people including her producer Mark Ronson and singer Kelly Osbourne paid their respects to the 'Rehab' singer - who was found dead at her home in Camden, north London, aged 27 on Saturday (23.07.11) - at the traditional Jewish ceremony at Edgwarebury Cemetery.

Amy's dad Mitch Winehouse had the final say on her life when he told stories about her childhood and revealed she had been happy recently, ending his eulogy with: "Good night my angel, sleep tight; Mummy and Daddy love you ever so much."

The 60-year-old father explained the 'Back to Black' hitmaker was looking forward to spending her future with her boyfriend of two years Reg Traviss, who recently explained he has been going through "hell" since the singer's passing.

He told The Sun newspaper: "The last three days have been hell. We have suffered a terrible untimely loss and want peace.

"I can't describe what I am going through and I want to thank so much all of the people who have paid their respects and who are mourning the loss of Amy, such a beautiful, brilliant person and my dear love."