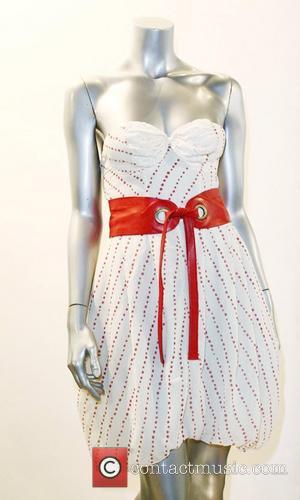 A polka dot dress worn by Amy Winehouse on the front over of her seminal Back to Black album has sold for over £40k at an auction in central London. The chiffon dress was snapped up by a South American fashion museum and proceeds will go towards the foundation set up the singer's memory.
The music world was rocked in July after Amy was found dead at her home in Camden following a lengthy battle with drink and drugs. Her father Mitch, who set up the foundation, was at the auction to witness the winning bid come in from Museo de la Moda in Santiago, Chile. He said, "We are just over the moon and we owe a great debt to the designer, Disaya, who donated the proceeds from the sale". The Amy Winehouse foundation has already made three sizable donations - each of 10k - to separate children's charities including a hospice and a project that helps seriously ill babies. Amy's father continued, "We are very proud to be helping these deserving causes and have been overwhelmed by the support the foundation has received.We are willing to consider a wide range of projects, as there are so many great organisations out there working with young people in need". Also sold at the auction on Tuesday (November 29, 2011) were dresses worn by the Hollywood icons Audrey Hepburn and Elizabeth Taylor.

A posthumous albums of unreleased Amy Winehouse tracks, titled 'Lioness: Hidden Treasures', is released on Monday with a portion of proceeds going towards to the foundation.