Amy Winehouse 'thought she was pregnant'

Amy Winehouse's father Mitch Winehouse has revealed his late daughter believed she was pregnant ''at some stage'' before her death in 2011. 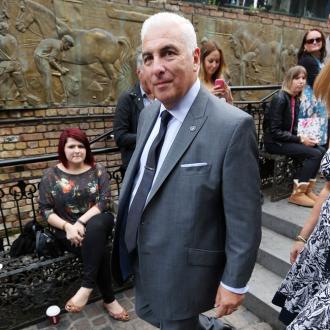 Amy Winehouse ''thought she was pregnant'' before she died.

The 'Back to Black' hitmaker's father Mitch Winehouse has revealed she believed she was expecting her first child with fiance Reg Traviss ''at some stage'' before she died of alcohol poisoning in 2011.

Addressing recent claims that his daughter was a loner, Mitch told Australia's 'Weekend Sunrise': ''She was with Reg, they were going to get married.

''I shouldn't tell you this but she thought she was pregnant at some stage. They were going to get married.''

Mitch's comments come after he claimed the makers of the recent film about his daughter, 'Amy', were determined to portray him as a ''villain''.

He said previously: ''This film does have an agenda. We started to realise when her friends started walking out of interviews that the questions were leading ones. Often that was about her relationship with me - how did we get on?

''Plenty of people told them we had a strong relationship, but they kept asking. They needed a villain and they found me and made sure the footage and interviews they used fitted that.''

And Amy's ex-husband Blake Fielder-Civil - who is widely blamed for her struggles with drug addiction and ultimately, her death - recently spoke out to insist he ''won't take any responsibility'' for her passing away.

He said: ''I feel like my own legacy as far as Amy goes is that I ruined this amazing person. If I genuinely believed [I ruined her] I probably would really struggle getting through day to day. I don't think I ruined her, no. I think we found each other and certain people need to realise that she did have other addictions before she met me. She wasn't a happy, well-adjusted young woman, you know, and I find it disrespectful to imply I was some Machiavellian puppet master.''