Amy Winehouse did not leave a will, meaning her £3million Fortune will automatically go to her parents Mitch and Janis. 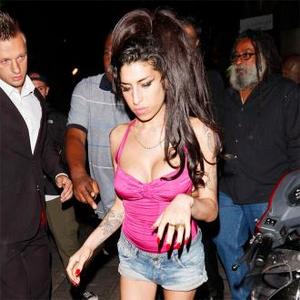 Amy Winehouse's £3million Fortune will go to her parents Mitch and Janis.

The tragic singer - who died after a drinking binge last July aged just 27 - did not leave a will, meaning her estate will be passed to her parents, and not her ex-husband Blake Fielder-Civil.

A source said: ''There aren't many 27-year-olds that make a will -- and Amy didn't either.

''She had no idea how much money she had and it certainly wasn't the top of her priority list.

''Had she made a will, Blake may have well been left something -- not cash, perhaps an investment. Amy still loved him when she died.

''The way things are, Mitch and Janis have been handed the estate. They're sensible and shrewd so it's probably for the best Blake doesn't get anything.''

The 'Back to Black' hitmaker - who had a turbulent two-year marriage to Blake before their 2009 divorce - was believed to have been worth £10million after hitting the Big Time, although the insider insists she didn't care about her cash.

The source added: ''You could have burned a pile of her cash in front of her and she would have lit a cigarette off the embers.''