Amy Winehouse's ashes were buried yesterday (16.09.12) by her family, who also unveiled a Pink and black headstone dedicated to her memory. 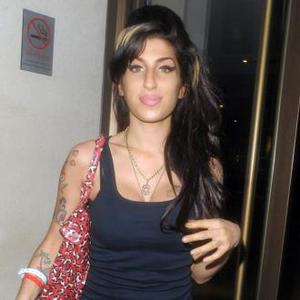 Amy Winehouse's family said their final farewell yesterday (16.09.12) as they buried her ashes.

The 'Back to Black' singer passed away in July 2011 aged just 27 from alcohol poisoning and her ashes were set to rest in a Jewish ceremony in Edgware, North London.

The memorial was attended by around 70 mourners - including Amy's father Mitch - and her ashes were committed to the ground accompanied by a black and Pink headstone.

According to The Sun newspaper, the headstone features ''Pink writing and a picture of a songbird'' in memory of the musician and the stone also honours Amy's late beloved

Mitch, 61, paid tribute to his daughter's ''short but dynamic'' life.

''Whilst the world continues to mourn the loss of a true superstar, her family - first and foremost - remember the daughter, niece and sister that is no longer with them.''