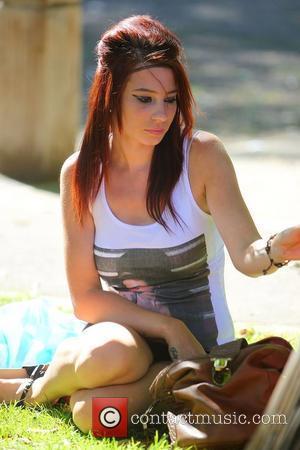 This year’s Brit Awards nominations look as though they were concocted by a group of strangers, with wildly different cultural backgrounds, on a drunken night out. Is this a sign that the mainstream music world is finally starting to accept that it’s becoming more and more acceptable to have diverse musical tastes? Or are the organisers of the BRITS simply trying to spark controversy? have they lost the plot? Or is this an honest reflection of the mindset of a 2013 British music buying public? Let’s take a look at the evidence, and scrutinise some of the more baffling categories…

British Female Solo Artist Nominees – One of the more sensitive and contentious issues, here, in the British female solo artist category. Of the five nominees, only four of them were alive this year. We understand that Amy Winehouse has a lasting legacy in British pop music. We understand that she was – and, in many ways remains - a tour de force. But, for the sake of the awards, we simply have to ask, at the risk of sounding flippant, what has Amy Winehouse done for British music in the last 12 months? Sadly, nothing. Her posthumous album (released in December 2011, we should add), Lioness: Hidden Treasures was politely and quietly denounced for being little more than cuttings from the studio floor. We simply can’t get our heads around her inclusion on this list. With Bat For Lashes throw in as the ‘alternative’ wild card, to lend a touch of outsider cool to the category, it’s between Emeli Sande, Paloma Faith and Jessie Ware to catch this one, we reckon.

British Group Nominees – Hi guys! we’re going to throw five insanely different bands at you and ask you to decide which is BEST, on a scale of BAD to GOOD! the only thing they have in common is that they are all boys! Except The XX, by the way, there’s a girl in them, but she’s dead quiet and moody and not very girly so she should be easy to overlook.

So, up for comparison, we have wonky art merchants Alt-J who are famous for winning the Mercury Music Prize and should probably just have been left in the ‘Breakthrough Act’ category. Then we have waistcoat-bearing folk-peddlers Mumford & Sons, who are famous for having a singer married to Carey Mulligan and for having packaged the same song in 30 different ways and calling it ‘a career.’ From low-key folk, then, to other end of the sonic spectrum, with Muse, who specialise in using all of the grand-scale theatrics they can possibly find (their approach to a stage show appears to be: ‘is it flammable? Will it detract from the fact that we’re still trying to be as good as Radiohead but haven’t managed it yet? Good, let’s put it in the pyrotechnics display!) and have made their way into the category, even though Radiohead haven’t, despite playing a string of memorable arena dates this year.

Then we have The XX, because it’s cool to like The XX, even though we’re all too scared to say that we’re silently disappointed with their second album and wished they’d done something a bit more ‘wow’ with it. And of course, in a sea of credible bands, who know how to write songs, play instruments and go more than three weeks without switching famous girlfriends, we have One Direction, who are completely the opposite of that. And you just know they’ll win. You just know they will.

Here's a video of One Direction, probably not playing any instruments or anything

Critic’s Choice Award – Now then. This three-act shortlist gets its own award, for ‘Most Pointless Shortlist of the Year,’ because we already know who won. Tom Odell won. We already know this. The organisers of the BRIT Awards, it seems, would still quite like us to know that they think AlunaGeorge and Laura Mvula are worthy of our attention, so they have put them in a pointless ‘after the horse has bolted’ kinda shortlist. Well done guys. The suspense must be killing you.

International Female Solo Artist Nominees – even at first glance, this category is a massive kick in the teeth of feminism, because it seems that the BRIT organisers couldn’t quite think of a fifth actual woman to flesh out the category, so there are only four nominees in this one: Rihanna, Cat Power, Alicia Keys and Lana Del Rey. So basically, it’s not so much an International category as an American category. Oh God – you guys didn’t think Lana Del Rey was French, did you? At least in the men’s category, they included Michael Buble – he’s from Mars.

She's not French you know: Watch the video for Lana Del Rey's 'Ride'

Bizarrely enough, the least bizarre of all the categories is the Album of the Year category, which is supported by The Sun’s Bizarre column, but isn’t really very bizarre. It’s just quite predictable. Well done, The BRITs, you have earned your diversity certificate. Our minds are blown. Remember last year, when Adele won all the stuff she was supposed to win and everything just seemed dead simple and easy? YEAH, SO DO WE. So do we…