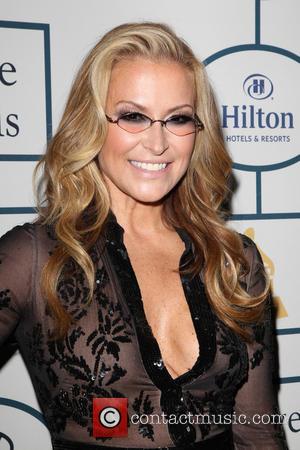 Pop star Anastacia scrapped plans to tell the world about her double mastectomy after actress Angelina Jolie went public with her own surgery revelation.

The I'm Outta Love singer was first diagnosed with breast cancer in 2003, and she opted for the drastic operation after the disease returned in early 2013.

She underwent surgery shortly before Jolie told the world about her own double mastectomy last May (13) and found out about the actress' news while in hospital recovering.

Anastacia admits Jolie's headline-grabbing revelation prompted her to keep quiet about her own health news.

She tells Britain's Hello! magazine, "I was lying in my hospital bed hooked up to an Iv (intravenous drip), listening to the fact that she (Jolie) just had one too and it was kind of surreal. I had planned to announce mine sooner... So when Angelina went public and shared her journey - and she did it with such class and grace - I was like, 'Thanks, girl, you got this, the pressure's off.' I felt like it was God's way of telling me 'Take your time'. In hindsight, I really needed that time in private to heal."

Anastacia went public with her news in October (14), five months after Jolie shared the details of her preventative surgery.