Anastacia Thanks Fans For Support After Cancer Returns 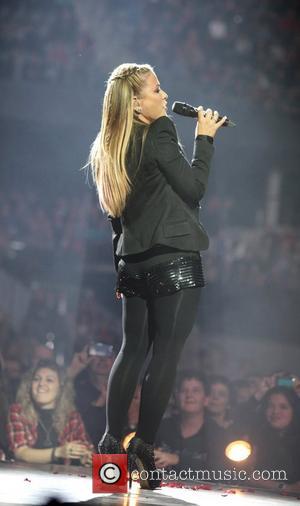 Singer Anastacia has thanked fans for their support following her breast cancer announcement.

The I'm Outta Love star revealed on Wednesday (27Feb13) she is facing a second battle with the deadly disease after previously being diagnosed with cancer in 2003.

The news prompted her to scrap her European tour, which was set to start in April (13) in London, and now she has thanked her supporters for the outpouring of well wishes.

However, the star admits the fight to get fit looks much harder this time around, writing in a post on her Twitter.com page, "News abt (about) cancer - yes it has come back, yes I'm fighting it, but ths (this) time the battle is a (sic) pretty intense. Thank U 4 yr (thank you for your) luv (love) & prayers."

Anastacia underwent surgery and radiotherapy after her 2003 diagnosis.