Steven Soderbergh has revealed that Andie MacDowell and Laura San Giacomo have agreed to reprise their roles in his planned sequel to 'Sex, Lies and Videotape'.

The 57-year-old director confirmed earlier this year that he'd written a follow-up to his acclaimed 1989 indie movie and he's now revealed that Andie and Laura have signed on to play sisters Ann Bishop Mullany and Cynthia Patrice Bishop, respectively.

Steven told Filmmaker magazine: "When I thought about 'Sex, Lies and Videotape', I realised that what I wanted to see is a movie about the two sisters 30 years later. One of them has a child who is about the same age that she was in the original.

"Both Andie and Laura have agreed to come on."

Steven penned the project during lockdown earlier this year and explained how he was determined to bring the idea to the big screen.

The Oscar-winning director said: "Within the first six or seven weeks of the lockdown, I finished three screenplays. One of them was a rewrite, one of them was an original, and one was an adaptation of a novel that I've been wanting to do.

"The original was a sequel to 'Sex, Lies and Videotape'. It was an idea that had been circling for a while, and I felt like I came up with a way to get back in, and so I wrote it, and I wanna make it."

Steven also revealed that he's been re-editing his 1991 movie 'Kafka' as he felt the mystery-thriller, which starred Jeremy Irons, was misunderstood.

He explained: "You know I don't read what critics write about my films anymore, but in those days I did, and when I looked at 'Kafka' again, I thought they didn't see what was there.

"It's a young man's film, and it's far from perfect, but it's also a much more ambitious film than 'Sex, Lies'. And I think you can see in it the kind of career I would go on to have." 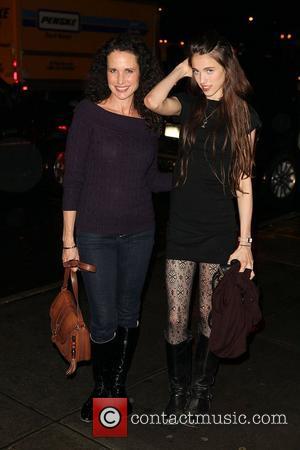