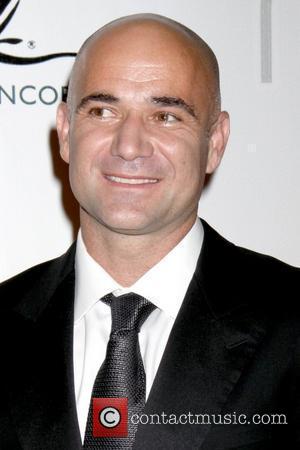 Tennis star Andre Agassi kept a hair-raising secret under his hat throughout his stellar tennis career - his famous 'lion-mane' locks were in fact a wig.
The retired athlete and eight-time Grand Slam champion has revealed he donned a toupee during his games after realising he was losing his hair in his early 20s.
The shock confession appears in the star's explosive new autobiography, Open, in which Agassi also admits he was hooked on addictive drug crystal methamphetamine at the height of his career.
Agassi is convinced he could have won more matches if he hadn't gone prematurely bald - because he was so worried his toupee would fall off on the court.
And he still blames the anxiety over his fake locks for losing his first Grand Slam final at the French Open in 1990.
In the tome, Agassi writes, "Every morning I would get up and find another piece of my identity on the pillow, in the wash basin, down the plughole. I asked myself, 'You want to wear a toupee? On the tennis court?' I answered myself: 'What else could I do?'...
"With each leap, I imagine it falling into the sand. I imagine millions of spectators move closer to their TV sets, their eyes widening and, in dozens of dialects and languages, ask how Andre Agassi's hair has fallen from his head." 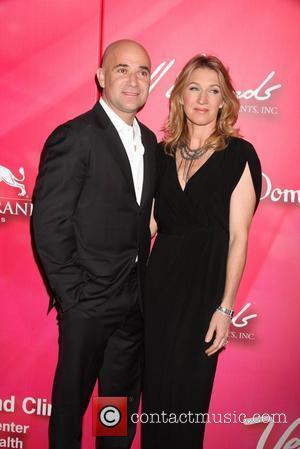 Elton John Serves Up $1 Million To Charity After Tennis Tournament