Third place runner up on 'The X Factor' Andrea Faustini almost breaks the world record for pasta eating as he arrives for an appearance at London's GAY nightclub from Italy. He is seen competing with two resident drag queens at the club named Baga Chipz and Mary Mac as the trio attempt to wolf down a bowl of spaghetti in less than 41 seconds - the current world record time.

They are challenged by owner Jeremy Joseph, who explains the rules: that there must be at least 100 grams of pasta with 50g of sauce, the pasta must be eaten with a fork only and the bowl cannot be moved at any point, and every bit of pasta must get eaten. While Andrea beat the drag queens in the competition, he missed the world record by 3 seconds.

Andrea Faustini - Give A Little... 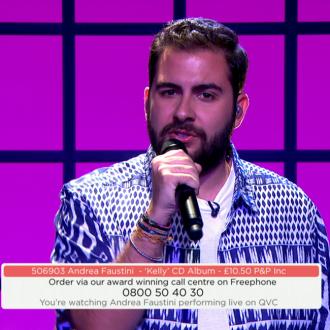