The MTV Video Music Awards are set to be held in-person at the Barclays Center in New York City. 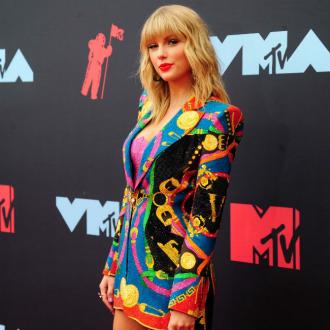 The 2020 MTV Video Music Awards will be held at the Barclays Center in New York City on Sunday, August 30.

The news has been confirmed by New York Governor Andrew Cuomo during a press conference on Monday (29.06.20), meaning the annual awards bash will be the first event held at the venue since the start of the coronavirus pandemic.

Reacting to the news, Oliver Weisberg, the CEO of the Barclays Center and the Brooklyn Nets basketball team, said: ''We're very excited to once again host this legendary night of music, and are especially proud of the impact it will have on our Brooklyn community through the creation of local jobs.

''We deeply appreciate the support and advice of state and local government officials, as well as our internal management and team of medical experts, all of whom have been working hard to ensure the health and safety of everyone involved, and we will continue to closely follow their guidance throughout every step of the planning process with our partners at ViacomCBS.''

The show's producers have already held extensive discussions with local and state officials in order to ensure the event is as safe as possible amid the health crisis.

Some of the safety precautions that are set to be implemented include social distancing measures and meaningful capacity limitations, as well as the ''virtualisation of components where possible''.

Organisers of the VMAs hope the in-person ceremony will showcase the ''strength, spirit and incredible resilience of NYC and its beloved residents''.

Last year's event saw Taylor Swift win three gongs, including Video of the Year for 'You Need to Calm Down'.

Taylor, 30, also became only the second artist to win the award for a video she co-directed, and the fourth person to win the category twice overall.