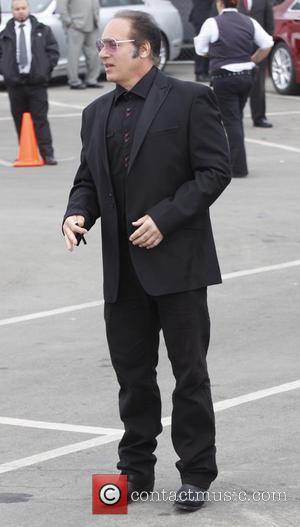 Controversial U.S. comedian Andrew Dice Clay was cut off during a live Tv interview after he aimed a series of profanity-laced sexual innuendos at the show's female co-host.

The funnyman was being interviewed on Australian talk show Mornings on Tuesday (05Aug14) to promote his first tour Down Under, but the chat was abruptly cut short by co-host David Campbell when Clay began a foul-mouthed commentary on Australian women.

Initially referring to Campbell's onscreen colleague Georgie Gardner, Clay said, "The truth when you're looking at her... Is she like a hot number? Because that's part of the thing about me coming to Australia. A lot of these girls that come to see me from Australia, they use that line, 'You'll get down under.' They're sexy, they're f**king hot. I'm telling you. I want to kangaroo f**k half these chicks across the country."

Following the live gaffe, Campbell explained, "We're going to have to cut there. Because he was using some words that we do not do at this time of the morning."

According to Australian newspaper the Morning Herald, Clay's promoter Andrew MCManus later denied the incident was a publicity stunt, saying, "What did they expect? It's Andrew DICe Clay."