Jordana Brewster has filed for divorce from Andrew Form, weeks after it was claimed they had ''quietly split'' earlier this year. 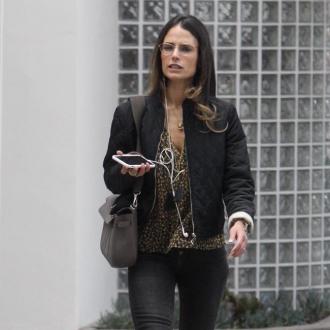 Jordana Brewster has filed for divorce.

The 'Fast &Furious' star applied to legally end her 13-year marriage to Andrew Form - the father of her sons Julian, six, and four-year-old Rowan - last Wednesday (01.07.20), a few weeks after it was reported they had ''quietly separated'' earlier this year.

According to TMZ, things between the former couple are ''amicable'', but it is unclear what caused their split.

Jordana met the 48-year-old producer on the set of their 2006 film 'The Texas Chainsaw Massacre: The Beginning' but they initially kept their relationship under wraps as they felt it would have been ''unprofessional''.

The 40-year-old star previously said: ''We started dating in secret -- you know, hanging out in my trailer -- because it would have been unprofessional otherwise.''

Meanwhile, Jordana previously admitted she is a ''pretty neurotic'' parent.

She said: ''But being a mom, in general, is not easy, obviously. I thought I would be a chill supermom, but I'm not - I'm pretty neurotic. Having kids really kicked up my anxiety and made things like meditation that much more important for me. And kids really are mirrors back to you! My son Julian is a lot like me. He'll see the negative in something or he will always question things.

''He's really smart, so he keeps me on my toes. There are certain things I have to do now, like going on set, that I wouldn't have thought twice about back in the day. I'll make my boys calendars and say, 'This is when mommy is coming back. This is what your schedule is. This is what we'll do then.' That helps with all of our anxiety. I strive really hard to be a good mom and not take it too far where I'm being crazy-neurotic. What helps me the most is talking to my friends who have similar issues and are going through similar things. The only bummer is that I don't have that many actor friends who are moms, and I need some more of that in my life because it's just such a unique position to be in.''