'Spider-Man' stars Andrew Garfield and Emma Stone are among the five nominees for the Orange Rising Star Award at this year's BAFTAS. 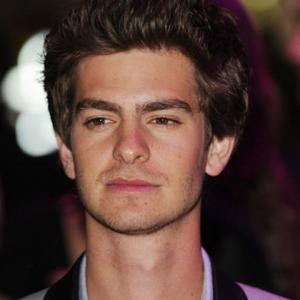 Andrew Garfield and Emma Stone are among the five nominees for the Orange Rising Star Award at this year's BAFTAs.

The 'Spider-Man' stars are joined by Gemma Arterton, Tom Hardy and Aaron Johnson on the shortlist for the prize which recognises young actors and actresses who made a breakthrough in the last year.

At the announcement today, jury member Ben Drew - aka Plan B - said: "It was a great honour to be invited on the jury panel for the Orange Wednesdays Rising Star Award this year.

"I recently directed my first feature film and therefore know that there is a wealth of inspiring rising talent out there and it is awards such as these that help these guys get their names in lights.

"I am really pleased with the final five for this year's award and I can't wait to see who the public vote for."

The shortlist was drawn up by a jury chaired 'An Education' producer Finola Dwyer which included respected figures in the film industry such as actors Peter Sarsgaard and Natascha McElhone and directors Mike Newell and Tom Ford.

They face stiff competition from Tom Hardy, who won praise for his role in blockbuster movie 'Inception' this year, while Gemma Arterton won plaudits for her role in 'Tamara Drewe' and Aaron Johnson impressed in 'Kick-Ass'.

The eventual winner will be voted for by the public, and will collect their prize during a star-studded ceremony at the BAFTA Awards at the Royal Opera House in London's Covent Garden on February 13.

Vote for who you want to win at www.orange.co.uk/bafta.