Andrew Garfield had ''near-death experiences every hour on the hour'' when he shot stunts for 'The Amazing Spider-Man'. 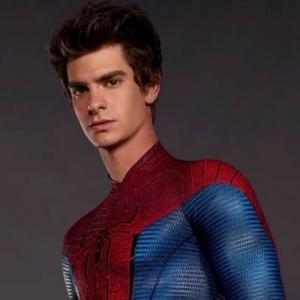 Andrew Garfield had "near death experiences" every day on 'The Amazing Spider-Man'.

The British actor takes over playing the role from Tobey Maguire in the forthcoming prequel - also starring Emma Stone - and he reveals he regularly had to undertake death-defying stunts during the shoot.

He said: "As you can see, a lot of the stunts are practical and grounded in reality.

"I would exhaust myself every day and get into near-death experiences every hour on the hour. I collaborated with the stunt team not only on the big stunt set-pieces but also on what happens to Peter's body when he gets bitten. What happens to his DNA and how that effects the way he moves."

Emma - who plays Gwen Stacy in the film, and has since gone on to become Andrew's real life girlfriend - has also revealed she enjoyed the kiss they shared on the film.

She told a press conference in Japan: "You want to watch the movie and find out. You've got to decide if it's iconic or not. We liked it."

'The Amazing Spider-Man' is released later this year.