Actor Andrew Garfield Felt Enormous Pressure As He Tried To Live Up To Fans' Expectations While Portraying Spider-man On The Big Screen, Insisting He Knew Wouldn't Be Able To Please Everyone. 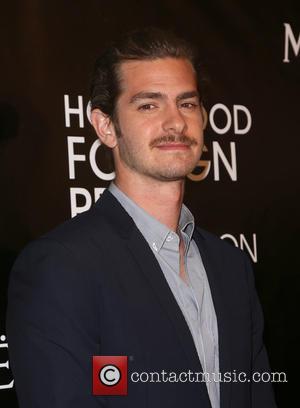 The 32 year old played the superhero in two films in 2012 and 2014 and admits he felt it was impossible to portray the part in a way that would appeal to all the comic book superhero's fans, while sticking to the character that had been created for him.

He tells Indiewire.com, "With a film like (The Amazing Spider-Man), there's so much projection and expectation that is inherent in taking on a story and character like that. I was well up for the challenge, and I still am. I'm not going to shy away from something that a lot of people are going to see.

"(However), the pressure to get it right, to please everyone... it's not going to happen... You end up pleasing no one.

"So that aspect of it was a bummer. Especially for the group of us trying to infuse it (film) with soul, trying to make it unique, something that was worth the price of entry. It was about authenticity, flavour, and truth, but at the same time, I understand people want to make a lot of money, and they're going to spend a lot of money so the playpen can be as big as it was."

Tom Holland has been cast to take over the role in a new franchise reboot.

He will first appear as the superhero in 2016's Captain America: Civil War before starring in a stand-alone film in 2017.