The third and fourth installments to the franchise will be released on June 10, 2016, and May 4, 2018 respectively. 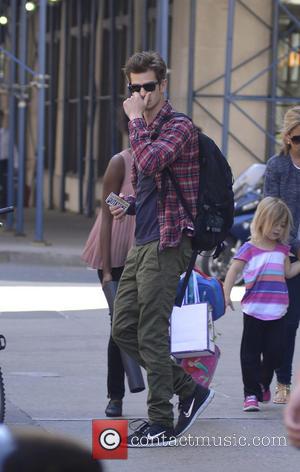 Andrew Garfield has committed himself to the Amazing Spider-Man movie franchise by agreeing to appear in a further two films with Sony Pictures. The production company announced the franchise's expansion into four movies in a statement release on Monday (June 17), although no other information was released about the film, so feel free to let your imagination run wild.

Garfield is going to go one further than Tobey Maguire did in his turn as Spiderman and the actor is already filming the finishing touches for the second Amazing Spider-Man film, which is due out in May next year. The studio also announced that the films will be released in relatively quick succession, just as the second film is swiftly wrapping up with filming. The studio announced that the third and fourth instalments of the film will be release on June 10, 2016, and May 4, 2018 respectively.

Before we can begin to think about the third and fourth films, let take the time to relish what we have in store when The Amazing Spider-Man 2 is released. Garfield's Spidey has all kinds of trouble to deal with this time round, with his personal problems going to heck when Peter Parker's other love interest, Mary Jane Watson (Shailene Woodley) shows up, much to the displeasure of Emma Stone's Gwen Stacy. If his personal life wasn't hectic enough, there's two baddies around this time for him to battle, with Paul Giamatti playing a gangster-fied version of Rhino and Jamie Foxx set to send sparks flying as Electro. The fittingly named Marc Webb will return to direct too. Spidey ought to be careful around Giamatti's Rhino The film will be out next spring