Andrew Garfield admits playing Peter Parker in the forthcoming 'The Amazing Spider-Man' has allowed him to live out his ''skinny boy fantasy'' of being ''free''. 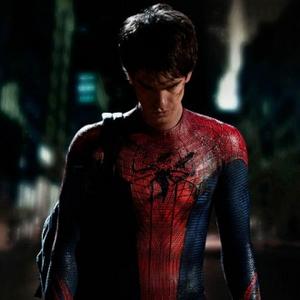 Andrew Garfield has been living his "skinny boy fantasy" by playing Spider-Man.

The British actor portrays the web-slinging hero in the forthcoming 'The Amazing Spider-Man' - directed by Marc Webb - and he admits he has always held the character in high regard because he gave hope to so many children who wanted to learn to accept themselves.

Speaking in a surprise appearance from the crowd at the Comic-Con festival in San Diego, he said: "I needed Spidey in my life when I was a kid and he gave me hope. In every comic I read, he was living out mine and every skinny boy's fantasy of being stronger, of being free of the body I was born into, and that swinging sensation of flight. And upon receiving his power, unlike most who become corrupted, he used it for good."

The Golden Globe-nominated star - whose recent roles include Tommy in 'Never Let Me Go' and Eduardo Saverin in multi-Oscar-winning movie 'The Social Network' - added Spider-Man has helped make him a braver person.

He said: "I think we all wished we had the courage to stick up for ourselves more, to stick up for a loved-one more or even a stranger you see being mistreated. He made me, Andrew, braver. I'm humbled to be here."

Andrew stars alongside Emma Stone and Martin Sheen in the forthcoming 3-D project, which is a reboot of the previous Spider-Man films starring Tobey Maguire.