Andrew Garfield Was A Natural Webslinger 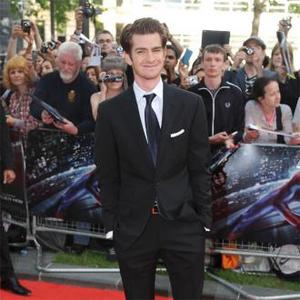 The 28-year-old star portrays the superhero/Peter Parker in 'The Amazing Spider-Man' - which stars his girlfriend Emma Stone as his character's love interest Gwen Stacy - and director Marc Webb insists the actor didn't have to work hard at the role even though he thought it was tough.

He said: ''Andrew was a natural even though he thought he had to work hard to do it but he really was a natural. He could cope with the physical demands of playing Spider-Man.''

The movie - which sees Rhys Ifans play Dr. Curt Connors/The Lizard and Martin Sheen as Peter's Uncle Ben - features a new take on previous Incarnations of 'Spider-Man' movies with the superhero learning more about why his parents disappeared when he was younger, and Marc believes there are ''many more stories'' to tell from the comic books.

He added to BANG Showbiz: ''There are so many more stories to tell from the comics. We haven't seen him get left behind by his parents before but it was an incredibly dramatic and interesting event and that opens up the story. There are all these new layers that we haven't seen before, it was great.''