A record breaker this isn't, but it should still make Sony a sizeable profit.

Despite heavy promotion, The Amazing-Spider Man 2’s box office outlook going into the weekend isn’t too impressive. The film opens in 4000 theaters this weekend, and while the film has a good enough chance of coming on or near the top of the chart, it’s not likely to match the earlier success of Captain America: The Winter Soldier.

The Amazing Spider-Man 2 - It's not perfect, but it's good enough, say critics.

The 2012 Sony reboot made a respectable $262 million and although it didn’t match the viral success of the Toby McGuire era, it still set up nicely for the new franchise. This time around, Andrew Jackson’s Peter Parker faces a whole merry band of villains, which reviewers say hurts the story somewhat. But despite generally ambivalent reviews, Spider-Man remains a recognizable enough character to draw in the crowds. 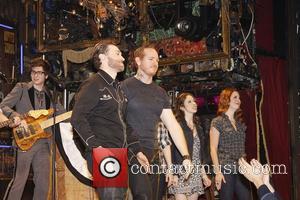