Screenwriter hired for Girl Who Played with Fire

Sony Pictures has hired screenwriter Andrew Kevin Walker to write a script for 'The Girl Who Played with Fire' and may move forward with the film without director David Fincher. 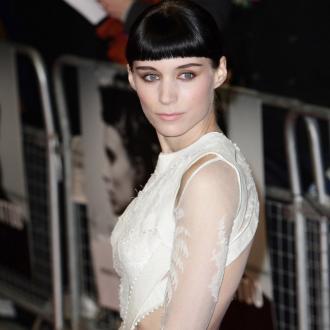 Andrew Kevin Walker has been hired to write 'The Girl Who Played with Fire'.

Sony Pictures is moving forward with an English-language sequel to its blockbuster 'The Girl with the Dragon Tattoo' adaptation by hiring the 'Se7en' screenwriter to write a new script, however, it's not known whether director David Fincher will return for the follow-up.

The sequel seemingly came to a standstill following the release of the original film - which starred Rooney Mara and Daniel Craig - in December 2011 due to the director's busy schedule, but producers are now contemplating going ahead with a second film with or without him, according to Indiewire.com.

While Sony is eager to re-team with Fincher, the director is busy preparing for his next movie, 'Gone Girl', which is also a book adaptation based on Gillian Flynn's best-selling novel.

Walker - who worked with Fincher on 'Se7en' - is expected to work on a new script, despite 'Dragon Tattoo' screenwriter Steve Zaillian penning a script of his own for Sony, following his work on the first film.

The scribe is expected to take the film in a different direction and may not be as faithful to Stieg Larrson's 'Girl Who Played with Fire' book as Zaillian was to the first novel in the hit Swedish book trilogy.

Both Mara and Craig - who respectively played private investigator Lisbeth Salander and journalist Mikael Blomkvist - signed on for two sequels when they made the first film.

It's thought there may be a small window of opportunity for the two stars to come together for the sequel in early 2014 before Craig films the next James Bond film.

Screenwriter hired for Girl Who Played with Fire