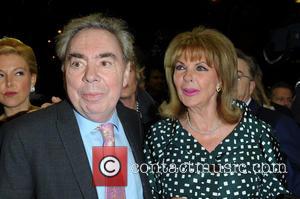 The British theatre mogul launched Stephen Ward, based on the true story of a British politician's affair with the mistress of an alleged Russian spy, in December (13), but producers have confirmed the production is to close on 29 March (14), due to slow ticket sales.

Producer Robert Fox says, "I am very proud of the show and our wonderful company... I am very sad to see the show close in London but firmly believe this piece will be seen by many audiences in the future."