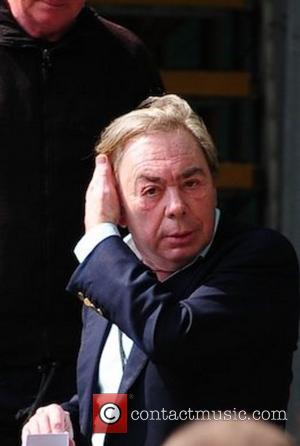 Theatre impresario Sir Andrew Lloyd Webber considered casting Michael Jackson in a film version of his classic musical The Phantom Of The Opera.
The critically-acclaimed composer reveals the Thriller hitmaker stopped by the Broadway production of Phantom several times after it opened in 1986, and Jackson was so enthralled by the show, he approached Webber and discussed the possibility of starring in a movie adaptation.
Plans for a film version of the musical were announced in 1989 and Webber admits he was serious about casting the late pop superstar as the Phantom, but fears about the impact on the theatrical productions caused the project to be put on hold.
Webber tells CNN host Piers Morgan, "People in those days were very worried that a film, if it was made, would destroy the Broadway or the West End show, and everybody would just go and see the movie.
"In fact, it's been proven to be completely the other way around. If you make a movie, it's just a great help for the theater. But goodness knows what it would've been like."
The Phantom of the Opera movie was finally released in 2004, with Scottish star Gerard Butler in the lead role, but the film drew largely negative reviews for its screenplay and directing by filmmaker Joel Schumacher.