Irish Actor Andrew Scott Was So Delighted When He Landed A Role In New Bond Movie Spectre That He Danced A Jig Around His Home. 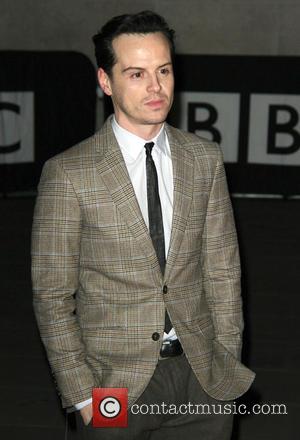 Picture: Andrew Scott - A variety of stars were snapped as they arrived at the BBC Films 25th Anniversary Reception which was held at BBC Broadcasting...

The actor has joined the cast of the famed franchise as Max Denbigh, the head of the Centre for National Security, and he admits receiving the call to meet director Sam Mendes before shooting got underway was the start of a dream come true.

"A couple of days later I got a call offering me the role," Andrew tells British magazine Heat. "I did dance around a bit, I can't lie... I wasn't allowed to tell anyone for a while - just like all the things I do. I had to wait for the announcement event at Pinewood (Studios) with the cast. I knew right from the start that it was a big number I had to keep secret."

Andrew also reveals his excitement at landing the role soon vanished when he arrived on the set for his first day of filming and was struck by a severe bout of nerves.

"It was quite scary," he adds. "I've been doing this stuff for a few years, but this was different. We shot on the set of the MI5 offices and I felt like I was stepping into Bond history. It was fairly intimidating to look around and think, 'Wow, I'm in this rather than just watching.'"