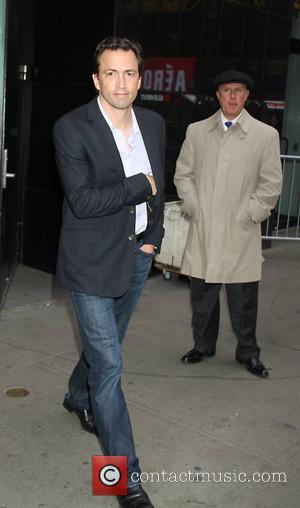 Picture: Andrew Shue outside the ABC Studios Celebrities come together for ABC's 'Day of Giving' Telethon, to raise funds for the victims affected by Hurricane Sandy...

The ABC News anchor discovered she was battling breast cancer after agreeing to have a mammogram on camera for U.S. breakfast show Good Morning America during Breast Cancer Awareness Month last month (Oct13).

She announced her shocking diagnosis live on air on Monday (11Nov13) and went under the knife to have both of her breasts removed on Thursday (14Nov13) in an effort to cut out the potentially-deadly disease.

Former Melrose Place star Shue has since taken to Robach's Twitter.com blog to update fans on her progress and thank them for their support on his wife's behalf.

He writes, "on behalf of my brave girl. She came through surgery beautifully. And so appreciates the genuine love and support." 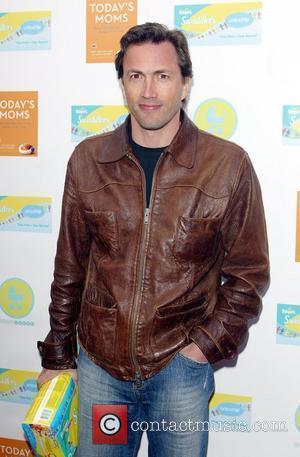