Andy Serkis On His Gollum Turned Director Role In The Hobbit: An Unexpected Journey 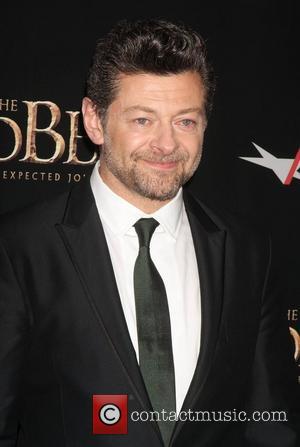 Andy Serkis as Gollum was arguably the most iconic aspect of The Lord of The Rings trilogy. His sneering obsessiveness provided twists within the plot, and cult-like mimicry from fans outside it.

However, his reprisal of the role comes with an added twist, and this time it's behind the camera, as he fulfils second unit director, shooting battle sequences in 3D for director Peter Jackson. "Directing was my main job this time - more than playing Gollum," he explained to Reuters. "I worked 200 days with a huge team shooting battle sequences, aerials. It was an amazing experience and one which I was very, very thankful to Peter for asking me to do."

Serkis's supposed new found role will have come as quite a surprise to many casual and ardent fans alike, but it's not something he's not well versed in. "I'd already started directing short films when we were doing 'Lord of the Rings,' then videogame projects," he explained. "So Peter's known that I've been heading towards directing for a long time. But I always thought my first outing would be a couple of people and a digital camera in the back streets of London somewhere!"

And it's not as if Serkis is just stepping in; if the visual beauty and aesthetics of The Hobbit are anything to go by, he's got a bright and successful career in field. "Just before I headed off to New Zealand to work on 'The Hobbit,' I was in the process of setting up (my new company) The Imaginarium (with producer Jonathan Cavendish)," told Serkis, "which is a performance-capture studio and a development company. We are developing our own slate of film projects, one of which is George Orwell's 'Animal Farm.' It's going to be the first film that I'll be directing."