Samantha Shannon's "The Bone Season" - What's All The Fuss About?

Today The Bone Season was released across bookshops and it is from here that the real test begins. 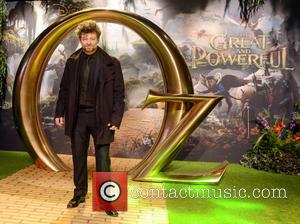 Samantha Shannon, the 21-year-old author behind The Bone Season, is on everyone’s lips these days. The book has only been released today, though advance reader copies have been making the rounds for several months, but Shannon has been bombarded with praise from all sides in the mean time. The young author has even been compared to J. K. Rowling, author of cultural phenomenon Harry Potter. It’s a comparison that’s been further invited by the fact that The Bone Season is the first in a seven-part series of books.

The books are set in a futuristic world – in 2059 Oxford has been converted into a prison colony for clairvoyants. They will be trained to use their powers against an army of flesh-eating creatures from another world. It’s an easy enough premise to summarise, but not at all easy to imagine. Nevertheless, interest in The Bone Season has been so high, that the book earned Shannon a “six-figure advance” from publishers Bloomsbury. According to the BBC, the film rights have already been sold to Andy Serkis' film studio, The Imaginarium. Not surprising, as this is generally the way the publishing industry functions today.

The book falls, as you may have guessed from the premise, within the wildly popular of late dystopian genre. Shannon quotes Margaret Atwood, George Orwell and John Donne among her influences in creating the classic dystopia – a world enough like our own to make it feel uncomfortably close, but with several quite major differences. The author herself described it by saying: "The Bone Season is urban fantasy. It's not a high fantasy where you're inventing a whole new land. It's strongly rooted in real places.”

The book is set in Oxford, where Shannon earned her undergraduate degree. The setting, for her, is a big part of the story.

"People think I didn't enjoy myself at Oxford because I turned it into this horrible, crumbling prison city... but it's a very claustrophobic city, I found.

"It's very tightly built around the university and when you're there you almost forget there's a world outside it.”

Whether Samantha Shannon’s world will end up a sensation of the caliber of Harry Potter, will be settled in the coming months. Andy Serkis has already been enlisted to create a movie adaptation.