Ang Lee will direct the pilot for Tyrant, from the makers of Homeland. 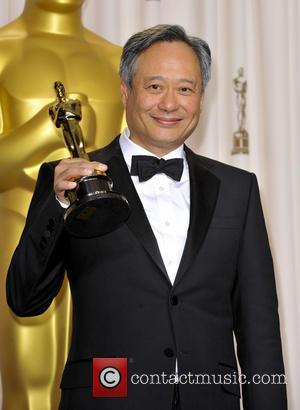 In his constant quest for originality, Oscar winning director Ang Lee finds him self on the small screen for his next project. He's directing the pilot for Tyrant - a project from the minds of the Homeland team.

Well, two of them anyway: Howard Gordon and Gideon Raff - two of the producers of the CIA drama - are working on the pilot, which will land on the FX network. Also producing is David Fury, who let the cat out of the bag on Twitter, clearly unable to hide his excitement, "News I can no longer contain: the director for the pilot of TYRANT, my current gig, will be none other than... ANG LEE!!! #youheardme" he posted.

In a far more measured show of excitement, FX chief John Landgraf said in a statement: "Ang Lee has demonstrated time and again an ability to present characters with such depth and specificity that they reveal the universal human condition. No one could be a more perfect filmmaker to bring Howard Gordon, Gideon Raff, and Craig Wright's Tyrant to indelible life." Before Life of Pi, Lee directed Crouching Tiger, Hidden Dragon, Jane Austen adaptation Sense and Sensibility and comic book blockbuster Hulk.

Tyrant will follow an American family who get caught up in the affairs of a turbulent Middle Eastern nation and shooting will begin this summer. "The fact that the brilliant Ang Lee has signed on to direct his first project for television speaks to the extraordinary nature of 'Tyrant,'" commented Bert Salke, President of Fox 21, which will produce the show. "Ang Lee, Gideon Raff, Craig Wright and Howard Gordon are master storytellers at the height of their powers, and the material is incredible. We can't wait to get started."