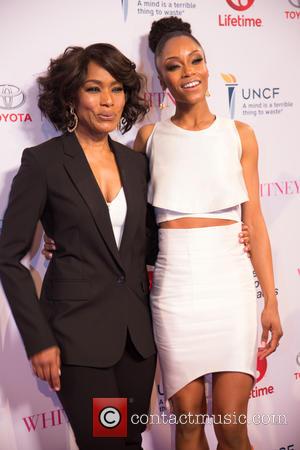 Actress Angela Bassett insists her new Whitney Houston Tv biopic is her way of paying tribute to her late co-star and friend - because she didn't have the words to properly honour her in the days after her death.

The actress, who makes her directorial debut with the Tv movie Whitney, admits she felt ill prepared to offer her own tribute to her Waiting to Exhale co-star following Houston's sudden death in 2012, and turned down a number of Tv and media interviews.

She tells U.S. breakfast show Good Morning America, "I felt enormous pressure. I remember, at her passing, you're called by different various outlets to say a word, to come into the studio and talk about (the person), and I felt so ill prepared to do that.

"I was so moved, I didn't feel like I had the voice to be able to do that at the time."

But she's happy with her first project as a director and feels it serves as a fitting tribute to a woman she had the utmost respect for.

She adds, "With a story, with an opportunity, with some control with distance and perspective with experience I thought, 'This is my comment'."

Bassett is still hoping to get the approval from Houston's family members after they initially blasted the actress for taking on the film.