Security Has Reportedly Been Stepped Up On The Set Of Angela Bassett's New U.k. Tv Drama After The Actress Was Confronted By An Over-zealous Fan. 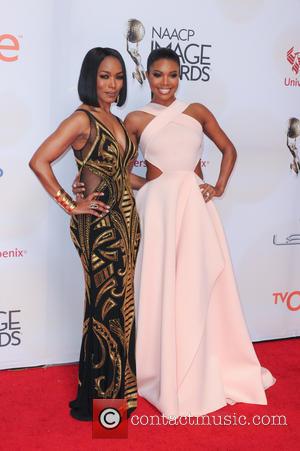 The Oscar nominee is currently filming World War II series Close to the Enemy in Britain with Game of Thrones star Alfie Allen and Cloud Atlas' Jim Sturgess, and reports suggest she was left shaken by a scary encounter over the weekend (11-12Apr15).

A male fan is said to have lunged at Bassett and was then escorted off the set by security guards.

A source tells Britain's The Sun newspaper, "The man has been causing problems for the whole cast and particularity Alfie, Jim and Angela, who didn't know what was happening as the man just jumped on her and started screaming and shouting in her face. It was so scary that she was left shaken for the rest of the day."

The show is being filmed in U.K. locations including Liverpool and London and is slated to air in Britain in 2016.